It is well known that Cyberpunk 2077 will be a game that doesn’t hold back when it comes to sensitive content: violence of all kinds, explicit (and first-person) sex scenes, and complete nudity. It even gets to the point that, in the complete character editor, we can edit our genitals with great freedom: size, hair, etc. 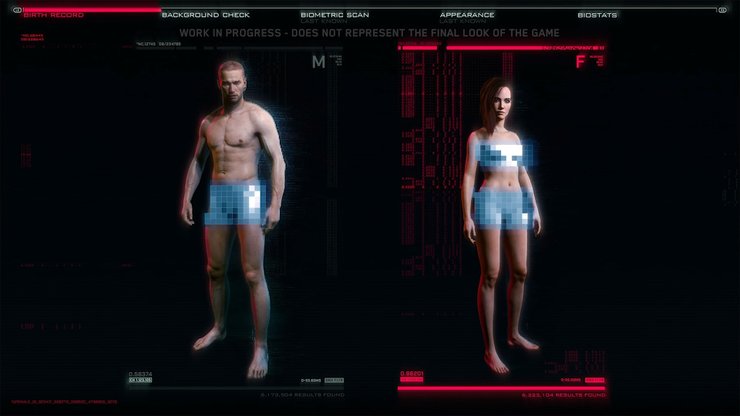 But it looks like the violent and dark metropolis of Cyberpunk 2077 will arrive censored on its launch in Japan. The new and ambitious role-playing game of CD Projekt RED will have to make a few changes when it debuts in Japan.

Specifically, the Polish studio will have to modify the explicit sexual content of the game. For example, characters that appear nude in the original version will wear underwear in the Japanese version.

How Cyberpunk 2077 is Censored in Japan

Press Start media have echoed the situation of the cyber-dystopian game Cyberpunk 2077 regarding its launch in Japan. According to the article, the Japanese version of the game will face a whole series of changes that are related to the explicit sexual content of the game.

As we mentioned, the characters that appear in the original game naked, in the title that will be released in Japan will be dressed in underwear. Of course, all content that is considered sexual has also been reviewed.

Other issues that Japanese censors have also faced have been those linked to the graphic violence of the game: the moments when body parts are dismembered have also been reviewed, along with the amount of blood that will be spilled in the fighting. On the other hand, all the billboards or graffiti where genitals or nudity appear will also be modified.

It is unknown whether the Japanese version of Cyberpunk 2077 has made more changes, but at the moment the reviews appear to be devoted to explicit sexual content and in-game violence. In fact, in some cases, both features have been completely removed from the CD Projekt RED title.

We do not know if the Japanese censors will also have interfered with the extensive customization options that the game has, where we can choose from the hairstyle of our characters to their gender identity, or even the size of various body parts including genitals which we have mentioned above.

For more gaming news, updates, and articles, check out our website at GuruGamer.com.